This year, we played at Rydale Folk Museum and Llangollen International Eistedfodd, maintaining our connections to both local and international folk culture. It was always delightful to sing at the Eistedfodd – an international singing and bardic event, where we were a ‘field activity’ which reached all those people loitering outside the main arenas of competition: as a 5-part harmony, musical act, we were being judged by the best in the world – including having to move from our dressing room to allow in the girl from Tiger Bay – Shirley Bassey!

We also returned to Morecambe (where Gacko’s young lad Alfie came dressed as a pierrot) and Goole town park.

Smiley Smacko created an eternal presence for us by constructing a virtual realm and a Pierrotter pier in an online application called ‘Second Life’ – for all I know, you can find us there still!

Our project for people with different abilities with the Dales School and Northallerton College, was a wonderful and inspiring opportunity to use the anonymity of the pierrot look; just as had been achieved in the 1st and 2nd World Wars, the costume and make-up of the pierrot troupe blurred the distinction between people and allowed us all to be accepted equally as performers. 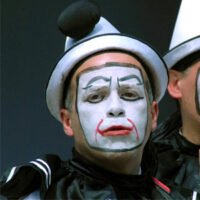 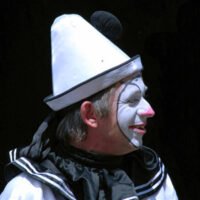 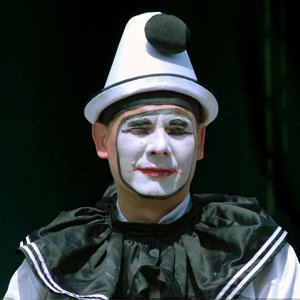 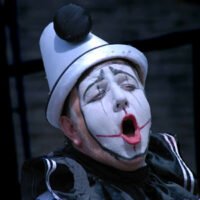 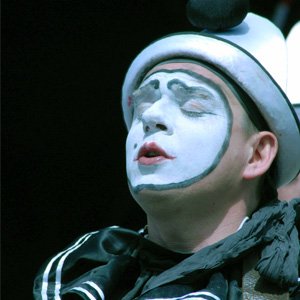