In 1994, we performed at Wakefeld Theatre Royal & Opera House’s Centenary Gala – I had become their artistic director and The Rotters had to be on the bill! We were always honoured to be recognised by the stalwart of seaside entertainment history – Geoff Mellor, who gave us a lovely write-up in The Stage, as well as regularly following our progress (often in person) as we performed at seasides, theatres, festivals and bars across Yorkshire… he even signed his letter off as ‘The old Pierrotter himself” and was referred to by Ken Dod as “the pom-pom man”.

We also recorded the music to accompany a series made by Pier Productions for BBC Radio 2 with Bill Pertwee – originally called ‘Oh What A Lovely Pier’, it went out under the title ‘Sand Between the Toes’ (the original script is now in the physical archives). We also became one of the first acts to join the National Association of Street Entertainers – the first national organisation representing street artists to be created in the UK.

The Rotters always performed with high-octane energy and gay abandon, as can be seen by the candid shots of Mister Macko performing our indoor encore – ‘Wild Thing’. 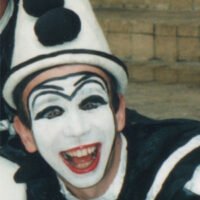 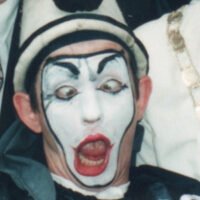 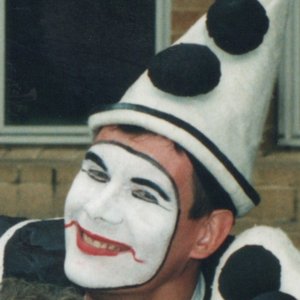 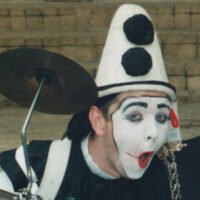 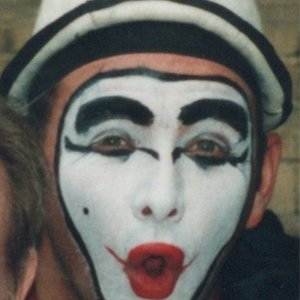