Happy Hour finally came to fruition after an intensive rehearsal weekend with Gil Wright (now famous as Jean Slater in Eastenders), who bashed the Rotters and our set of sketches into some semblance of thespianic order.

The De La Warr Pavilion at Bexhill on Sea booked us as a resident pierrot troupe for their al fresco sun lounge with Happy Hour. We had a set made for us by Brian of the Seaside Hair and plied our routines along the promenade during the day and advertised the Happy hour show at 5PM as the families were leaving the beach.

We played a wide array of festivals, resorts and events and I commissioned ‘Yorkshire’s Best’ At Wakefield Theatre Royal & Opera House – a celebration of the best street acts in Yorkshire, headlined of course by The Pierrotters. We also had the great privilege to play at Blackpool Tower Ballroom, to 1800 blue-rinsed ladies, with the Wurlitzer organ rising up behind us as we sang ‘I Do Like to be Beside the Seaside’. We had free rein of the whole building after the public left and I remember entering a silent Tower Circus and then wandering through the aquarium, where the ghostly giant white turtles gazed-out from their aquamarine tanks at me in full pierrot costume and make-up.

We played for the Queen at Hastings and in her royal car, with the window down, she passed within 4 feet of the Rotters, whilst we sang furiously ‘The Queen Has Got Her Hat On’…  McFacko was nearly shot as he pulled-out a swanee whistle, which the undercover police thought was a pistol. I wrote to Buckingham Palace to ask permission to use the Royal Warrant and thereby officially be able to call ourselves ‘The Royal Pierrots’, as the first pierrot troupe had done century earlier… sadly she refused, so ever after we referred to ourselves as ‘By Royal Disappointment’.

With the help of Dawn Gelshinan, we made our first large bid for public funding to the Foundation for Sports and Arts – sadly, it proved unsuccessful.

Gacko married the lovely Georgina and Macko announced his engagement to Lady Lucy. Squacko’s futures and investments had increased by so much that he decided to move to the Isle of Man as a tax exile. This was my final year as artistic director at Wakefield Theatre Royal & Opera House, which I had decided to leave in order to pursue impecunious freelance opportunities, (including a new project with Gacko – Poppets Puppets, which came to fruition the following year). 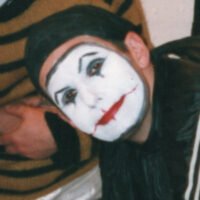 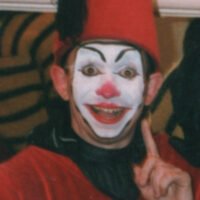 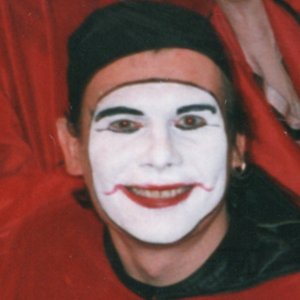 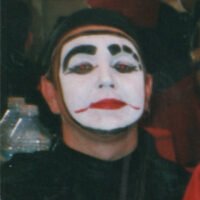 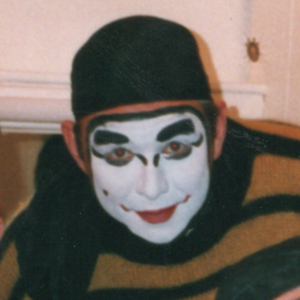 Hastings and the Queen