The Pierrotters were now in a settled line-up and able to develop both the quantity and quality of our material. We had a more efficient administrative system and a full summer season. I enjoyed playfully writing to the Queen Mother and suggesting that she might like to employ us for garden parties and family weddings. I also entered into correspondence with the First Church of Fresno, California in pursuit of my “free ministerial credentials”, as they had advertised in The National Enquirer – having been duly ordained, I henceforth adopted the title of the ‘Reverend’ Uncle Tacko! (I am now formally allowed to officiate in that role at weddings and funerals in America, so long as I am wearing white satin, pom-poms, make-up and a conical hat).

We started to develop a more sophisticated approach to our marketing and in the spirit of the times, we commissioned a new logo from James Mealing (1963-2020) and publicity shots by Lizzie Coombes (AKA Matron) in our newly-designed costumes by Marise Rose. Our musicality was enhanced with the addition of a trumpet (I already had a full 12 chords on the banjo and this season, I was capable of at least the same number of notes on the trumpet); Mister Macko added a melodica to his washboard and would also swap to the accordion roles if Doctor Dacko strapped on his mighty ukulele.

Our international touring finally stretched beyond the Isle of Wight and the Arreton Manor Festival to Krakov, Poland where we were introduced to the thousands in the crowd as “The Britisher Star Group – Pierrotski”: we had many adventures, enjoying Polish heritage and a great deal of Polish hospitality, making many international friendships. After having watched us perform ‘The Green Eye of the Little Yellow God’ to an uncomprehending, but appreciative Polish crowd, my Polish friend Darek commented “So, now I understand,  you like stupid theatre” – I suppose that was true then and remains so to this day.

Macko and I started to write the first of the situation comedies which we hoped might one day be recorded for radio or television: it was called “An Evening with The Pierrotters”. 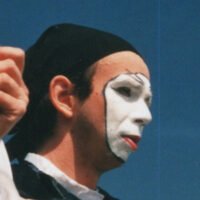 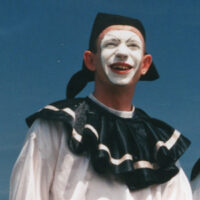 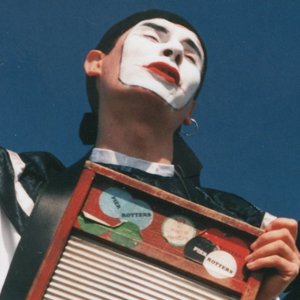 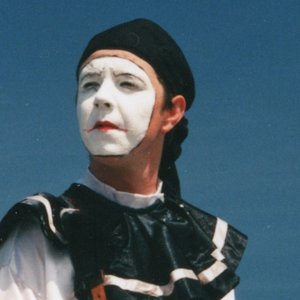 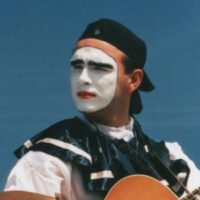 An Evening with the Pierrotters

An Evening with the Pierrotters 2