During 2006, we completed Phase 2 of  “I Do Like To Be Beside the Seaside” – this involved touring a set constructed by Simon Pell, which replicated an early 20th century fit-up stage with tilt (based on Will Catlin’s 1903 staging on the South Sands at Scarborough), on which was exhibited a set of panels about the history of pierrots, with sound effects of the waves beneath the stage and seagulls above and a stage on which we could perform as The Pierrotters. We also made a series of short films, which were viewed on a ‘What the Butler Saw’ machine and available as CD-ROMs for teaching aids. You can see the videos on the Prom-Prom YouTube channel.

Maria Thelwell was our administrator for the year and we played for Bradford Council’s Lord Mayor’s Parade, Cardiff Bay and Morecambe Heritage Day – it was apparent that it was mainly the larger cities and venues that could afford a 5-piece acoustic troupe. We also played the Georgian Theatre Royal, Richmond as part of their historical street entertainments programme and as can be seen from the Rottergraphs below, we played on stage in front of the set of my production of ‘Joey – King of Clowns’ about the great early 19th century clown Joseph Grimaldi, in which I played Joey, Gacko played my faithful retainer and Shabbacko played the musician.

In terms of vehicular developments, Prom-Prom succeeded in getting an Arts Council lottery grant towards the purchase of a Sprinter Mercedes van, on which The Pierrotters featured prominently (the livery painted brilliantly by Tony Lewery), the grant also enabled us to purchase new costumes – The Pierrotters were the first pierrot troupe ever to be funded by the Arts Council of England!

1st May 2006 was the date of my wedding to Emma in Symondsbury, Dorset and of course, The Pierrotters performed. Sadly, Gacko was unwell and unable to attend, so our set was performed by a once-off line-up of Tacko!, Macko, McFacko, Smacko & Shabbacko. 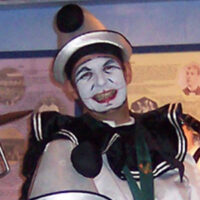 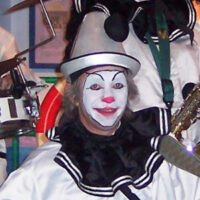 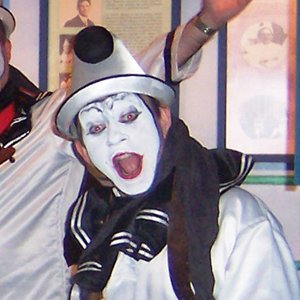 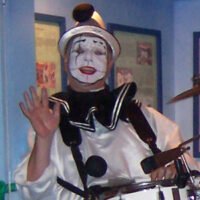 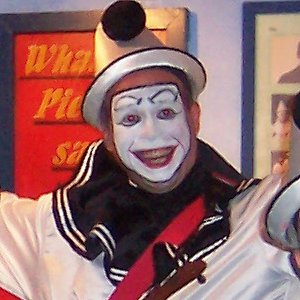 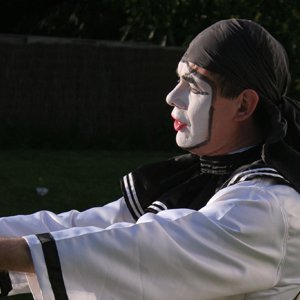