The Rotters continued with the same line-up since 1996 and maintained their presence at a wide range of events and festivals. We played at the Millennium Dome – a particularly weird experience, where the management would try to control the activities of all street acts by CCTV cameras advising their floor-staff to tell us where to go… it was not a format conducive to the Rotters’ more anarchic sense of order, with the result that we ended-up playing backstage for the bored techies as much as for the public!) We encountered our first malign treatment by a production company (called Black Mouse), who defaulted on their contracted payments to us, so our Union, Equity, successfully fought our case against their sharp practice… hooray for Equity!

We had the extraordinary opportunity to perform as part of Ned Sherrin’s final ‘Loose Ends’ show for BBC Radio 4. We were there to warm-up the audience at Broadcasting House Theatre and backstage, we encountered the other guests – the Archbishop of Canterbury, Johnny Dankworth & Cleo Lane, Diana Rigg, Arthur Smith and Simon Callow. It was a joy to watch McFacko trying to hide his saxophone from Johnny Dankworth for fear of being asked to demonstrate his horn prowess and then Johnny appearing on stage shortly afterwards to accompany Cleo with Pierrotter stickers on his own saxophone!

Macko and I started developing an idea for a BBC Radio 4 sitcom called ‘We’re Only here For the Pier’, for which we recorded a pilot episode and got very close to a full commission with Pier Productions.

The BBC2 documentary ‘5 Guys Named ‘Acko’ was finally broadcast as part of the ‘Picture This’ series –  a beautifully-shot, bitter-sweet half-hour documentary directed by Gerard Brown.

McFacko finally got married to Sue-Gill ‘Just-Noo’, leaving only one of the Rotters as a singleton. I started to write short papers and make videos outlining the history of pierrots and also to court the Yorkshire Arts Board (Yorkshire’s regional arm of the Arts Council) about a larger funding bid for a van and support to develop the company.

‘5 Guys Named ‘Acko’ was finally broadcast – it was very well-received publicly, although I remember being a little hurt by the sense it portrayed of us being part of an ending… perhaps it was really rather prescient?

Listen to the “We’re Only here for the Pier” pilot 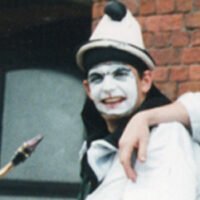 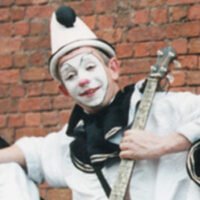 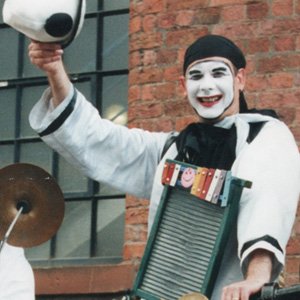 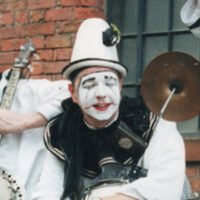 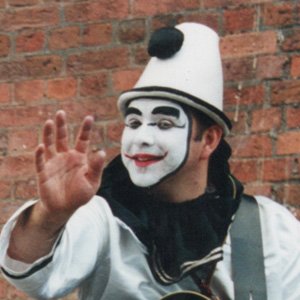 ‘5 Guys Named ‘Acko’ – a documentary about ‘The Pierrotters’ on tour in Bexhill-on-Sea, as part of the ‘Picture This’ television series.

We’re Only Here for the Pier

Various versions of the We’re Only Here for the Pier scripts. NB: these scripts are copyrighted material.