1987 was an exciting and memorable year – Professor Backo left the troupe to start a new life with Emergency Exit Arts.  As a result, we invited Dr Dacko to return in his stead, playing bits & pieces and ukulele.

We started the season with a tour of the Isle of Wight where Clifford Essex made a name for the very first British seaside pierrot troupe in 1891. Squacko was unable to be part of the season due to his commitments studying for an MBA, so we recruited Sleazy Slacko (Rick Sliwa) as our new percussionist. He had a deft touch, bringing his love of Latin rhythms to the troupe. The tour of al fresco locations was part of the Isle of Wight Festival, playing many venues formerly used by our predecessors during the previous 125 years.

We were featured in the Guinness Book of Rock Day by Day (every important rock dates since 1954)! We explored new headings for our notepaper and managed to gain Equity status as individuals for our work as pierrots (at the time, Equity was a closed shop and getting professionally-recognised status was regarded as an achievement). We started to issue our own contracts and also target beyond the South coast with our publicity. The Zap Club started to book outdoor acts as an agency and we were happy to be a core part of that development. I even started the first negotiations about a television documentary about pierrots, featuring The Pierrotters. 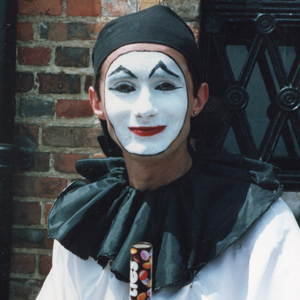