It was the realisation of a dream to perform on the bill of the iconic ‘Good Old Days’ at The Leeds City Varieties (I had directed two of their pantomimes some years earlier and employed Gacko in one of the shows as ‘Hark – the herald’). Barry Cryer topped the bill and Richard Gauntlett was there too, with us down amongst the ‘wines & spirits’.

Although this was a slightly thinner season than the year before, we had a new administrator – Dawn Gelshinan (one of my former students from Theatre in the Mill): she took over from Professor Backo, who had moved to Hawaii with his wife Mel, to become a cultural entrepreneur on the Pacific Rim. Dawn provided a more detailed analysis of the organisational aspects of the company, whilst the general gossip and banter abounded within ‘Rotternews’.

We were featured in a television show for Antelope South, presented by Pete McCarthy (stalwart of Cliffhanger Theatre Company) with Ian Smith of the Zap Club and the Brighton Bottle Orchestra. We revisited many old haunts such as Filey Edwardian Festival, Bradford Festival and Southport Festival, as well as some new ones like Leeds’ Rhythms of the City and Camden Lock. We also played for the opening of The Royal Academy’s summer season exhibition.

In the middle of the season, I damaged my ankle playing tennis in Bradford’s Lister Park with some fine jugglers (including Dave Pope & Sam Saroste AKA Scurfield), with the result that I had to perform some of the Rotter season in a rickety wheelchair, steered along by Mr Macko, who on one occasion, allowed me to roll down a hill whilst he turned towards an attractive fan and on another occasion left me facing a wall whilst the other Rotters performed in the other direction – doh!

When playing and busking at Chesterfield (we always said in our negotiations with promoters that “bottling is an integral part of the act”), Sir Squacko took five minutes, whilst in full costume, to enter a telephone kiosk – whilst he was inside, we continued performing, but saw him gesticulating wildly; when he came out, he announced that his telephone conversation had just confirmed a deal that had made his company a million pounds by buying and selling futures and investments. This proved the monetary value of his MBA, but we asked him to take the Rotterbag round to collect from the crowd after our next set. 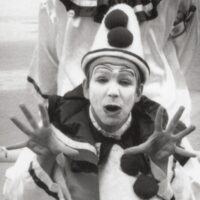 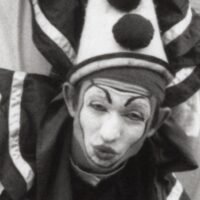 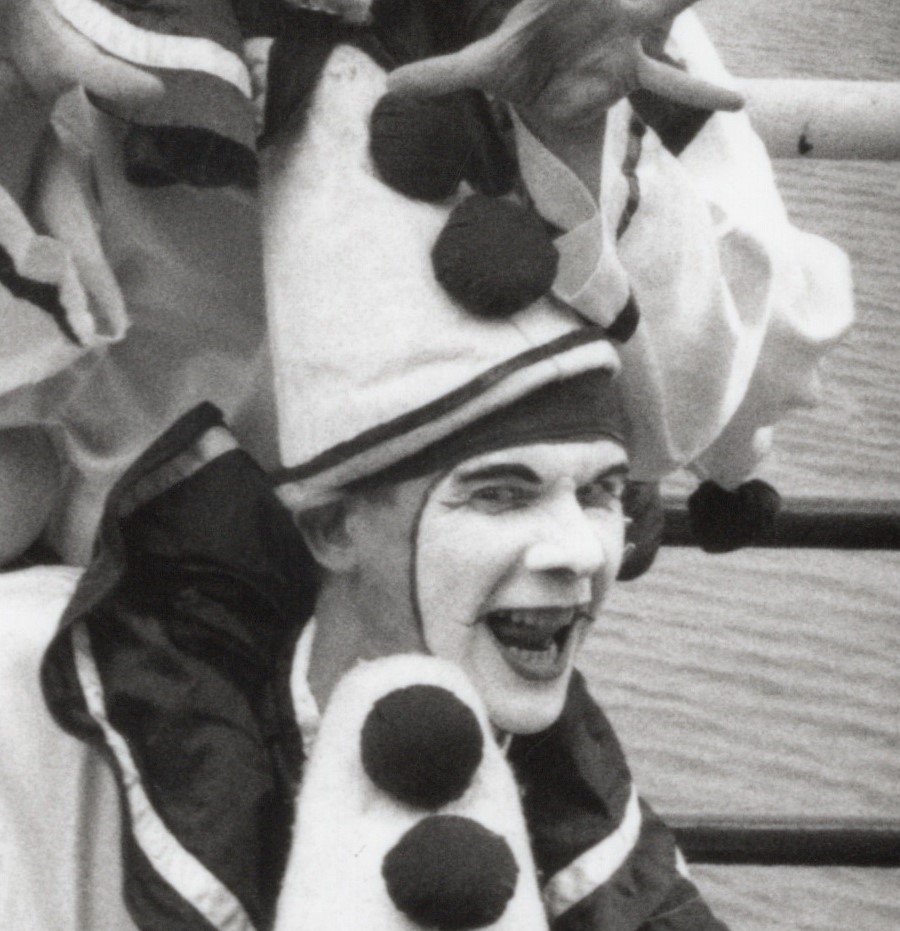 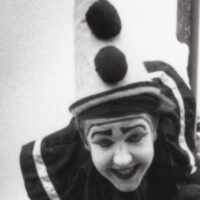 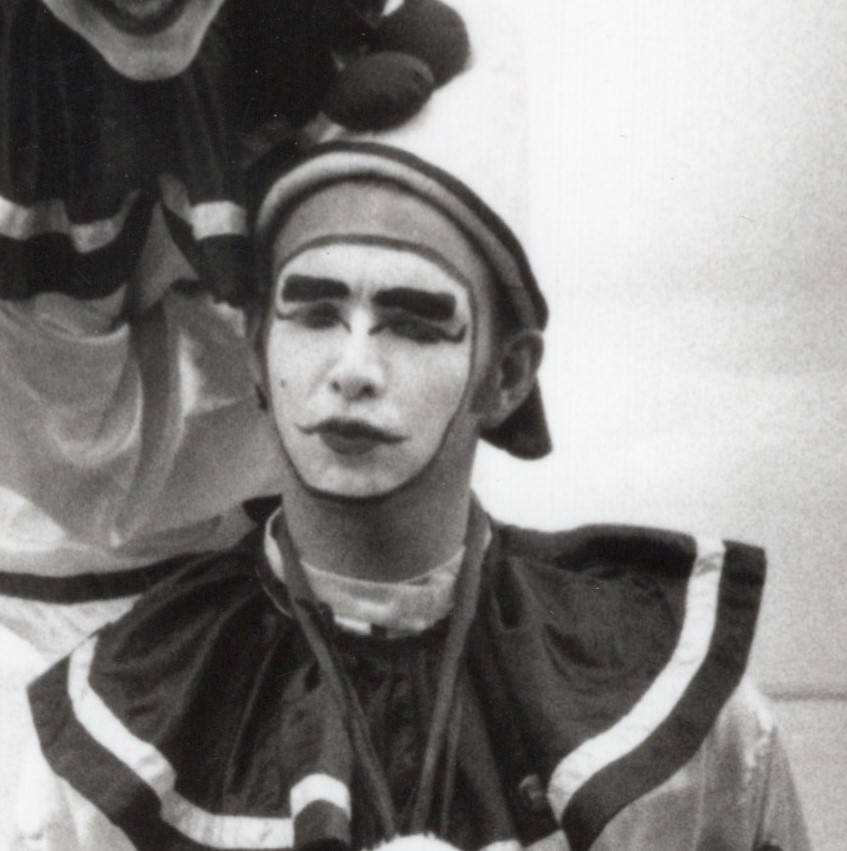 A local BBC television programme set on Brighton’s West Pier. The Pierrotters perform ‘The Sun Has Got His Hat On’. Pete McCarthy comperes.

‘The Pierrotters’ perform live at Arreton Manor on the Isle of Wight, August 1993.